Temporary service interruptions due to COVID-19 - sorry for any inconvenience

Some Council services may be affected by staff shortages due to COVID-19 requirements. Services currently affected include bin & hard waste collections and wait times for our customer support centre. More info on service impacts due to COVID-19 > 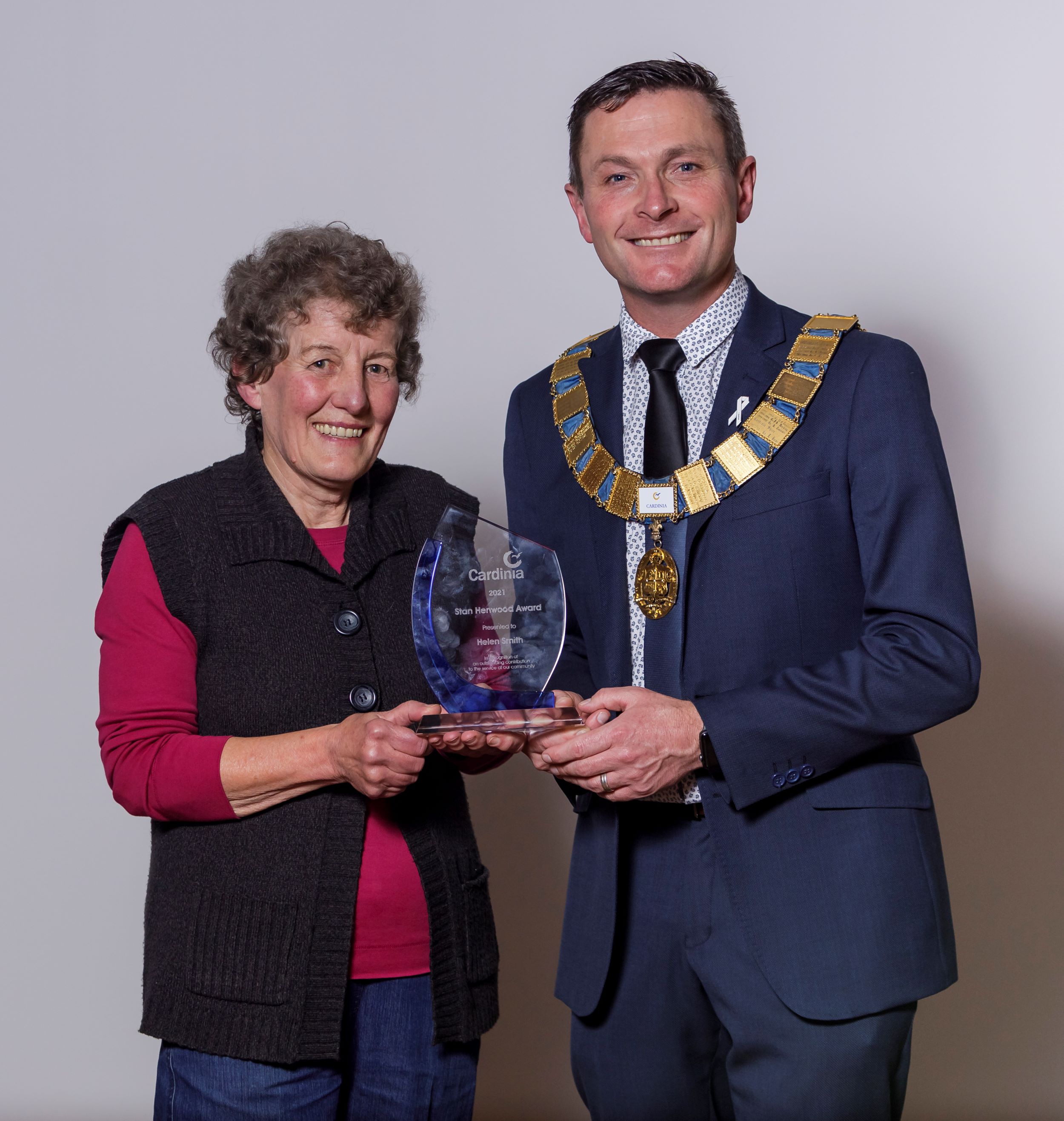 Helen's contributions extend beyond membership, and she has been described by her peers as someone who energises committees, demonstrates initiative, a team player and 'the backbone of community life’. She has also initiated multiple successful grant applications for community projects from Cardinia Shire.

Helen's long-term dedication to local committees and groups is highly admired by those around her. Described as a quiet achiever, Helen’s in-depth knowledge of Upper Beaconsfield and surrounds reflects her longstanding commitment and contribution to community.