This 2018-2019 pilot project aimed to build the Upper Beaconsfield community’s resilience to emergencies.

Council and community members collaborated to:

This project was funded by Cardinia Shire Council and Municipal Emergency Resourcing Program.

Community priorities were identified through a variety of community engagement opportunities.

Council listened to feedback from residents, via group forums and surveys, to understand more about the community. We learnt how residents see their community, and what they need to become more responsive and resilient in a time of crisis.

To support the community in increasing its emergency resilience, Council sought advice from these local groups and organisations:

Feedback through online surveys and community group visits provided information on the current level of the community’s emergency awareness.

Group engagement and survey results identified that the community: 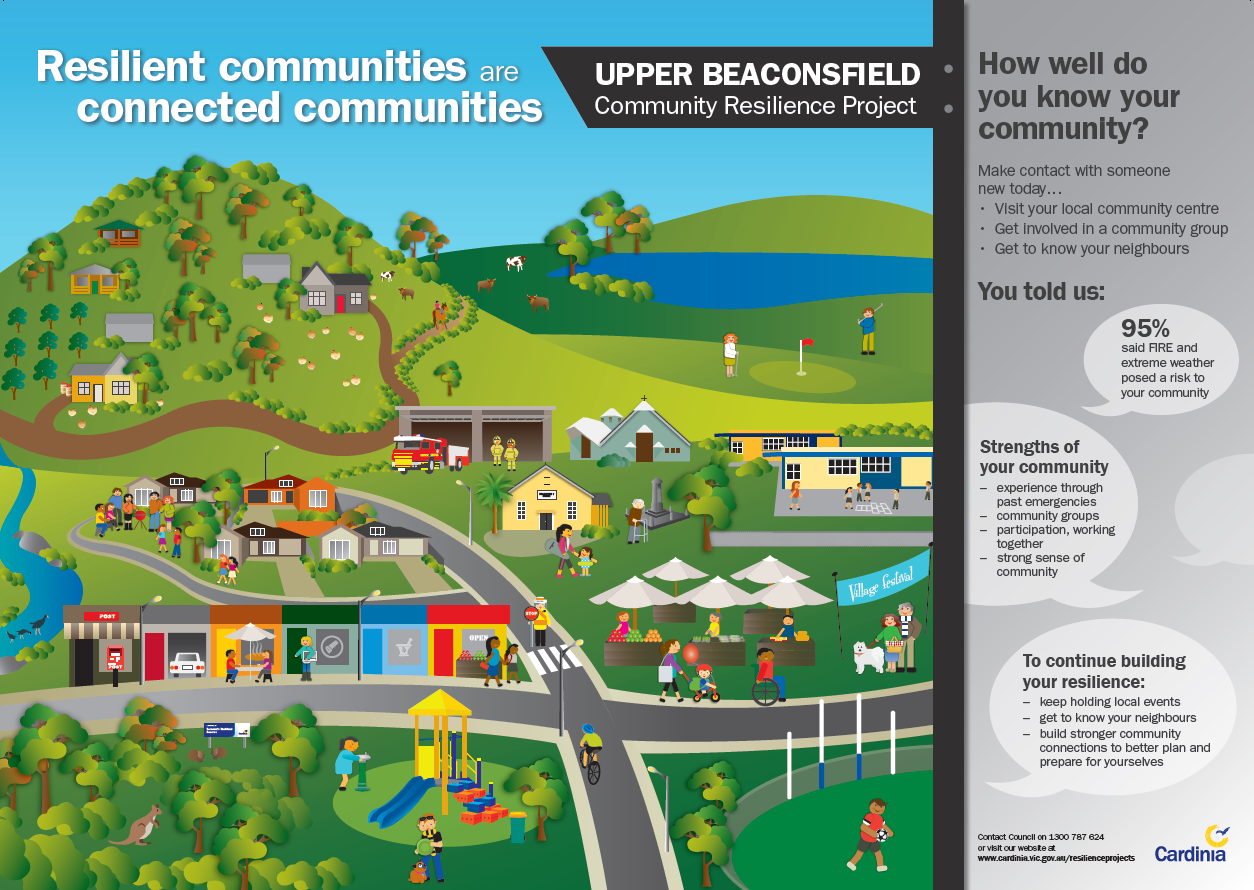 Council actions as a result of the community feedback

In response to this feedback, Council: