Construction kicks off this week at the Cockatoo Tennis Club with four new LED lights set to be installed.

The facility upgrade includes four new 250 LUX LED lights that will be installed on the two northern tennis courts at the club. The upgrades also include new footings and a power upgrade at the site.

The tennis lighting upgrades are a joint initiative in partnership with the Victorian Government and Cardinia Shire Council.

“This lighting will mean our budding tennis stars in the shire can continue to practice their skills well into the night.

“It also means the club can host twilight tennis competitions which is great for our community,” Cr Owen said.

“These upgrades will provide the much-needed lighting that these tennis players require for their sport.

“We are excited about this joint project with the Victorian Government and look forward to its completion at the end of March," Cr Springfield said.

The Victorian Government funding of $66,000 is part of the Local Sport Infrastructure 2020-21 Fund. Cardinia Shire Council has contributed $44,000 to the project.

The Cockatoo Tennis Club is located at Alma Treloar Reserve in Cockatoo. 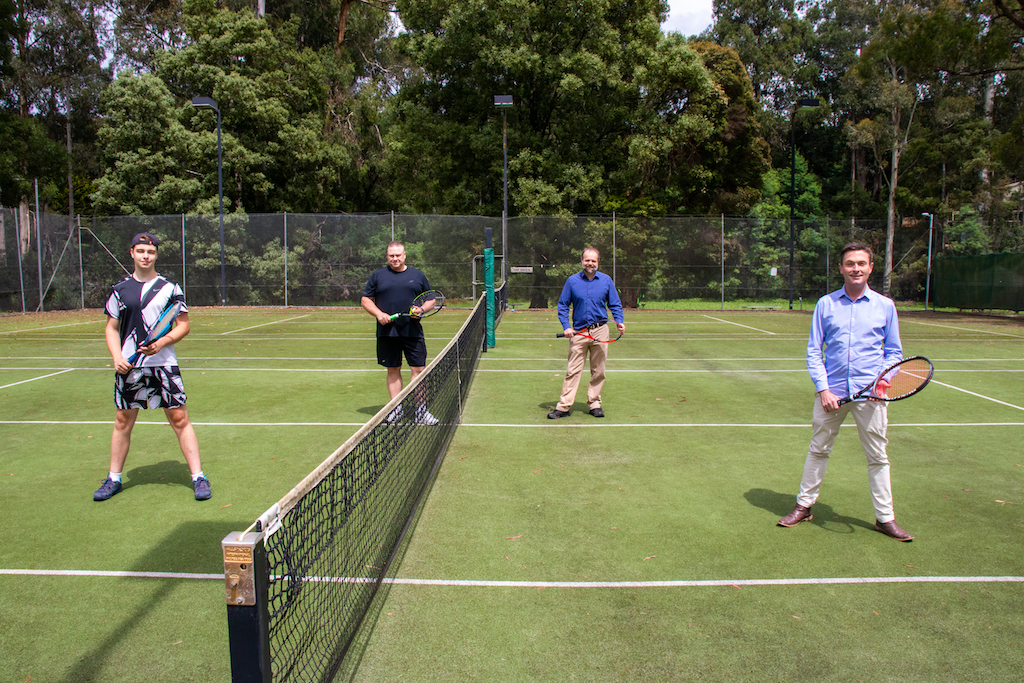 Cardinia Shire Council Mayor Councillor Brett Owen (right, front) and Ranges Ward Councillor Jeff Springfield (right, back) have a hit on the courts with Cockatoo Tennis Club’s Tom (left, front) and Andrew (left, back) to mark to start of four new LED lights set to be installed at the club.

Feeds from the web