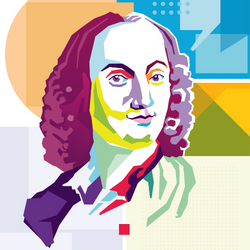 The Four Seasons is not just well-known: it’s one of the most exciting, colourful and innovative works from the Baroque era.

Date: Friday 2 September 2022
Time: 8pm
Tickets: $45 per adult, $40 per concession
Venue: Theatre at Cardinia Cultural Centre, 40 Lakeside Boulevard, Pakenham
Vivaldi would be totally astonished by the fame of his Four Seasons today.
As a priest working in an orphanage, most of his music was only heard by a small circle of people in Venice, and almost all of it was forgotten, lost or disregarded for nearly two centuries after his death.
The Four Seasons is not just well-known: it’s one of the most exciting, colourful and innovative works from the Baroque era. Each concerto is accompanied by a sonnet, and the hallmarks of each Italian season, from birdsong in Spring to pesky flies in Summer, are imagined in amazingly vivid musical form.
This concert also includes a concerto by Corelli and the world premiere of celebrated Victoria composer Calvin Bowman's Daylesford Music, commissioned by residents of Daylesford.
Arcangelo Corelli Concerto Grosso in D major Op 6 no 4
Calvin Bowman Daylesford Music
Antonio Vivaldi The Four Seasons
Book tickets

Your attendance is subject to government guidelines, including the presentation of your vaccination digital or printed certificate. You will be required to check into the venue via QR code.