The Syncopators - ‘A Tribute to Louis Armstrong and Ella Fitzgerald’ 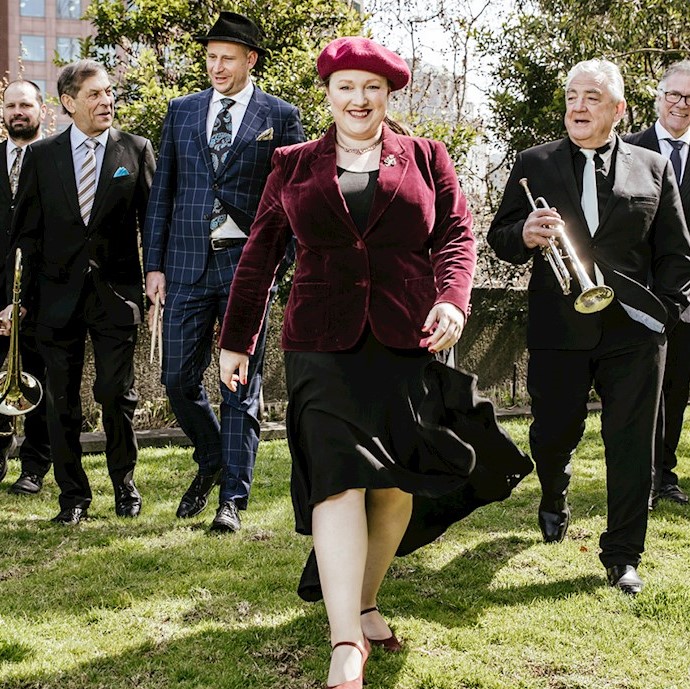 Formed in 1984, Chris Ludowyk hand picked the cream of Melbourne’s jazz talent to form the ‘Society Syncopators’. Now known as ‘The Syncopators’, they achieved the pinnacle of Australian jazz within a few years.

The concert will start at the roots of jazz with its most influential figure, Louis Armstrong, as he was creating and shaping America’s most influential and new art form in the 20s. It will progress through his big band era of the 30s to his mature style and the ‘All Stars’ of the late 40s to the 60s and will feature some famous vocal duets he created with America’s First Lady of Song - the fabulous Ella Fitzgerald.

Who better to present this in Australia than one of its premier jazz groups - ‘The Syncopators’, who have sold out many themed concerts including the ‘Tribute to Louis and Ella’, ‘The Great American Songbook’, ‘Tribute to Bing Crosby’ and ‘Best of British’. They have made 18 overseas jazz concert/ festival tours and nominated three times for, and winners of, the Bells Award for Best Classic Jazz Recording of the Year. They will team up with the vocal skills and musicality of Australia’s foremost ‘Ella’ exponent - the fabulous Yvette Johansson - to create a delightful program that promises to be both entertaining and exhilarating.

The Syncopators are part of the Cardinia Cultural Centre's Sip and See morning entertainment program. We invite you to join us, sip on a cuppa and see a fantastic program of quality performances and theatre experiences. Your Sip and See ticket includes a delicious morning tea served from 10am, prior to the performance commencing.